Brief descriptions
of the things Frank has released
and where you can buy them.

“Joyride: A Beginning in Every End” (Book)
You have big dreams? You want to do amazing things? So do I. I’ll tell you about how I saw God in my backyard while looking up at the stars and I’ll tell you about how He saw me before I saw him. I’ll tell you about coming so close to my wildest dreams that I could have licked the frosting with my tongue. JOYRIDE was supposed to be the song that put my band, Atomic Opera, on the map. What? You have never heard of JOYRIDE? Exactly. You know the difference between a happy ending and a tragedy? It’s all where you stop telling the story.”

Prepare for your next adventure.
BUY NOW 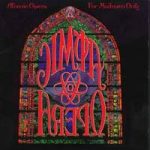 ATOMIC OPERA “FOR MADMEN ONLY” (20 Years Later)
This is the first Atomic Opera album. It was released in 1994 by Giant/Warner Bros. Records. I’m very proud of this record and it still sounds great all these years later. It has been out of print for twenty years but has been remastered and is once again available—with bonus tracks:
“Joyride (Alternate Version)”
“Hammer”
“Magic Castle”
Download on iTunes, Amazon, and most other places music is sold.

Fans of the right groove must click.
BUY CD. 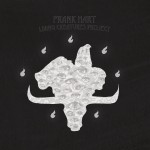 FRANK HART “LIVING CREATURES PROJECT”
Modern Worship. Classic Rock. This is an album of twelve songs that were inspired by working on the frontline of the Great Commission. They are MANLY worship songs that will appeal to both men who follow Jesus and the women who love them. Musically, this is not a jing-jangely, strum-dumily, business as usual worship album; it takes its direction from the classic pioneers of rock music. I have written a series of BLOGS all about this album. Frank is the frontman for the hard rock band Atomic Opera, and for 11 years was also the music director at CrossPoint Church; this music is what happens when those two worlds collide. Ancient truth. Modern Sound. WORSHIP OUT LOUD.
Download on iTunes, Amazon, and most other places music is sold.

Fans of classic rock and followers of Jesus will want to check this out.
BUY CD.

FRANK HART “HUMAN LITURGY”
These are FrankSongs that didn’t fit on an Atomic Opera album but were favorites of friends and family. They were also well received when he played solo shows. The songs were more acoustic and personal. I started imagining these songs compiled as an autobiographical album, and Human Liturgy was born. This music sounds like it could be from anywhere. Although the music was written and recorded in Texas it sounds like it could be from anywhere east of the sunrise or west of the sunset. The record is driven by beautiful acoustic guitar. A lot of the instrumentation is eclectic and fun, ranging from the exotic sounds of sitar, doumbek, and udu to the more folksy sounds of hammered dulcimer, mandolin, and piano. I had a lot of friends make appearances on this record. Kemper Crabb played many instruments and sang harmony. Trip Wamsley adds his fretless bass be-wonderment throughout. Johnny Simmons plays various percussion and full drumset. Mandy Campbell and Maggie Raveneau of December’s End add violin, viola, and cello to really make the songs soar. There is an otherworldly feel to this record somewhere between prayer and dreaming.
Download on iTunes, Amazon, and most other places music is sold.

Fans of all beautiful music that aches will not want to miss this album.
BUY CD 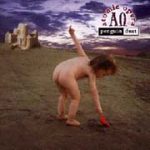 ATOMIC OPERA “PENGUIN DUST”
The first independent Atomic Opera album and follow up to the critically acclaimed Warner Brothers/Giant Records 1994 release, “For Madmen Only.” It was recorded at my house in Houston, TX. These are songs that Jonathan Marshall, Jonas Velasco and Mark Poindexter helped me work on before they left the band. Kemper Crabb makes his first Atomic appearances on this record. I also had a little help from Todd Bragg and Garett Buell of Caedmon’s Call. This is thought provoking music that really wants to be turned up loud.
Download on iTunes, Amazon, and most other places music is sold. 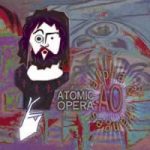 ATOMIC OPERA “ALPHA & ORANGES”
When we recorded “For Madmen Only”  we had a bunch of extra songs. We had recorded several demos as well as songs that didn’t fit on the album. These are those tracks. This CD is a collection of studio outtakes that lead up to the release of “For Madmen Only” which was released in 1994 on Warner Brothers/Giant Records. The ten tracks were all produced by Sam Taylor and recorded by Steve Ames in Houston, Texas studios between 1990-1993. Some of them were recorded at night when King’s X was using the studio during the day on the same gear.
Download on iTunes, Amazon, and most other places music is sold.

Fans of For Madmen Only and early King’s X will love this.
BUY CD 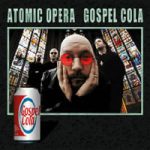 ATOMIC OPERA “GOSPEL COLA”
Atomic Opera did one album for Metal Blade Records. Gospel Cola includes myself, Kemper Crabb, Johnny Simmons and Ryan Birsinger (known affectionately as Atomic Opera V 2.0). This is a very deep album, both musically and lyrically. Heavy, dark and delicious with a nice carbonated bite.
Download on iTunes, Amazon, and most other places music is sold. 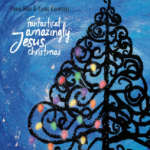 FRANK HART “Fantastical Amazingly Jesus Christmas”
This is the Classic Rock Christmas album you’ve been looking for. A collection of beloved Christmas songs, fine-tuned over several years as Frank and friends play their annual Christmas concerts. They bend and twist well known songs into some pretty fantastical amazing arrangements. Each year they were asked the same question, “Are you guys ever gonna record this Fantastical Amazing music?”  They did, and we think your Christmas party is gonna rock this year.
Download on iTunes, Amazon, and most other places music is sold.